The race to save the planet from plastic 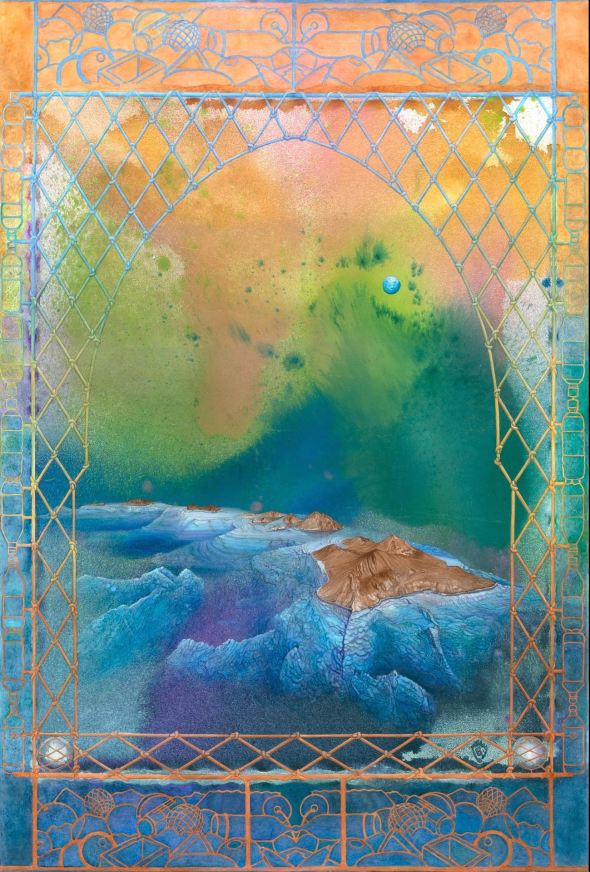 Scientists are trying to accelerate evolution to make plastics rot. A tiny new organism is showing them how.

The good news is that for all the craziness of plastic taking over the planet, good science and brilliant minds are working for solutions!  Click on the painting to read a fascinating article about one hopeful project.

“Sometime between 2010 and 2015, a tiny organism with an unusual appetite made a home in an industrial site near a bottle-recycling plant in Sakai, Japan.

The site, located by a bustling port in one of the most urbanized, densely populated regions in the world, wasn’t exactly hospitable. The soil and water were contaminated with a complex unnatural substance only humans could have created: polyethylene terephthalate. Also known as PET, it’s one of the most common plastics in the world. PET is used to make soda bottles, space blankets, blister packs, food containers, magnetic tape, shirts, and dresses. It’s cheap, durable, and flexible, but it can also linger for years.

Amid this plastic wasteland, a new bacterium species, Ideonella sakaiensis, took root. Scientists prospecting for traces of life at the recycling facility named it after the city where it was found. And in 2016, they reported that the hot dog-shaped microorganism wasn’t just surviving; it was thriving.”   Read on…

16 Apr This entry was published on April 16, 2019 at 10:36 am. It’s filed under Rama Good News for the Earth and tagged environment, plastics, science, science and wisdom. Bookmark the permalink. Follow any comments here with the RSS feed for this post.