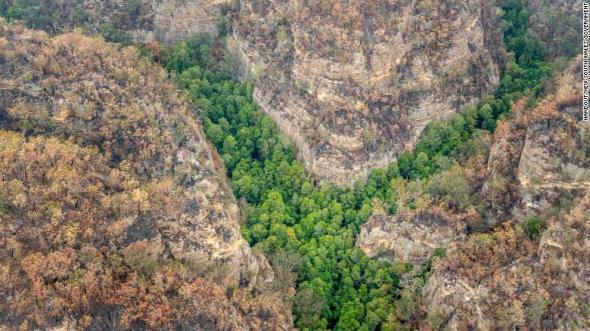 GREAT NEWS IN A NUTSHELL!  Amidst the heart-rending wildfires blazing through Australia’s vast lands, there is good news coming from the only forest in the world that is home to the Wollemi pine tree–one of the oldest trees in the world. In a covert firefighting mission, this ancient grove of pine trees whose ancestors are thought to have stood tall among dinosaurs some 200 million years ago has been saved from the bush fires.

Firefighters in New South Wales were enlisted by the local government to save the only known Wollemi Pine grove in the world, which exists in a secret location within the 5,000-square-kilometer Wollemi National Park northwest of Sydney. The oldest fossil of the critically endangered pine tree dates back 90 million years and the pines are thought to have existed during the Jurassic period.

Click HERE to read the rest of the story!

19 Jan This entry was published on January 19, 2020 at 5:51 pm and is filed under Great News in a Nutshell!, Rama Good News for the Earth. Bookmark the permalink. Follow any comments here with the RSS feed for this post.