Even as I have many heroes, my leading hero has long been renowned 88-year-old biologist, conservationist, Pulitzer Prize winning author, and father of biodiversity, Edward O. Wilson.  Had you asked me, “Calley, who is the one person with whom you would most love to have dinner?”, my answer would have been instantaneous  ~  E. O. Wilson!”  I have studied his work on biodiversity and based my paintings upon his work.  My work directly reflects his.

I knew if any scientist would recognize the creative power of this work, it would be him.  To that end, I enthusiastically tried contacting him repeatedly over six years.  My dream was to have him see, appreciate, and comment on these interspecies works.  When least expected, the miracle happened!  I met Ed Wilson!

When I was selected as the featured artist for the World Conservation Congress in 2016, my assistant, Julia and I worked non-stop seven days a week from morning til night for four months to complete the painting borders.  There wasn’t one free moment to look at the schedule, so I was overjoyed to find out that E. O. Wilson would open the congress, and speak several times.  I met him four times during the congress.  After the opening session, I dashed to the front row just as the person sitting next to Professor Wilson left.  Our conversation opened up a line of personal communication on the importance of art to “exponentially expand the reach of this knowledge.”  The preservation of biodiversity ~ the variety of life ~ is essential for all life.

A treasured honor, E. O. Wilson asked me if he could use a RAMA painting for the frontispiece for his new book:  The Origins of Creativity.  He chose the painting I recommended, and respectfully and enthusiastically asked to change the title to “THE REALITY UNSEEN”…a much more appropriate name for this symbolic work of art, which depicts 52 animals in gold leaving the Earth ~ a reality few see or understand.

When Dr. Wilson requested the name change, I knew that even he did not see the reality of the painting on a couple of levels!  I asked if he were aware of the unseen reality of this work — namely, the presence of the breath of an elephant, and the fact that the background of each painting was done by RAMA, the Elephant.  He immediately laughed and told me he loved that there were hidden elements for people to perceive.  I then asked whether he had seen the tiny painted gold animals marching off the Earth, as few actually do.  He had not seen them and while he had named the painting, the reality was at first unseen by him.  One of the magical moments of Rama, that Dr. Wilson’s requested name change was even more appropriate than even he knew! 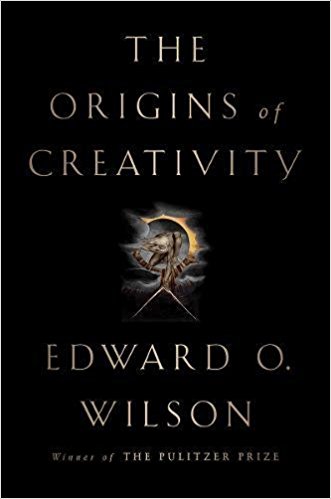 For a description of the painting selected, click here…

01 Feb This entry was published on February 1, 2018 at 1:21 pm and is filed under Biodiversity and Ecology ~ The Foundation of Life, Building The Rama Exhibition, Rama Good News for the Earth. Bookmark the permalink. Follow any comments here with the RSS feed for this post.

Older: They were never ‘Least Concern’ to me!
Newer: Mokupapapa to exhibit work of Waimea painter, pachyderm partner